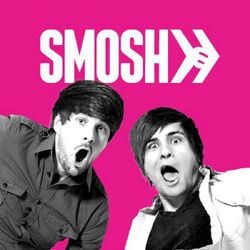 Smosh is a set of multiple YouTube video channels created by Anthony Padilla and Ian Hecox. They upload a new video every Friday and a behind the scenes video every Wednesday. Every year they have a "food battle" where they pitch their favourite foods against each other. They became the most subscribed channel on YouTube as of May 2013 and were eventually overtaken by PewDiePie in August 2013.

Smosh and its sister channels were acquired by Mythical Entertainment, the same company running the Mythical brand, on February 22, 2019, three months after the closure of their former parent company, Defy Media. 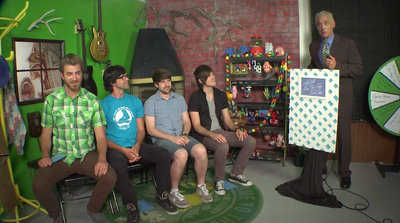 Smosh appeared in episode four of Rhett and Link's 30-minute show, The Mythical Show. They were in a skit called "How Well Duo You Know Each Other?", in which they were two answer questions about the other person in their duo. The skit begins at 19:02 in the show, and was hosted by Bryan Kent. A clip of Smosh's never before seen video "Garrett's Blog" is shown during the skit as well. In the end to score ties, 1,000,006 to 1,000,006 and both teams win a cake with their faces on it. 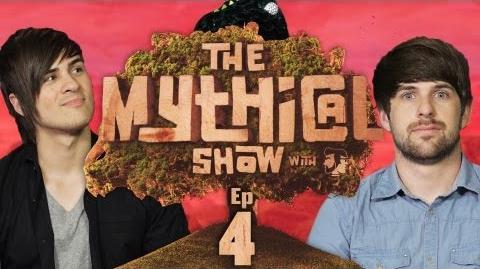 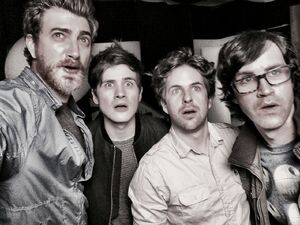 Anthony Padilla and Ian Hecox, the comedy duo better known as “Smosh,” sit down with Rhett & Link to discuss how they went from essentially two guys lip-syncing cartoon theme songs in front of a webcam to having the second most subscribed personality-fronted channel on YouTube with over 17.5 million subscribers and 3 billion views in just under a decade. The guys talk about everything from nervous bathroom habits before live performances to the ever-growing pressure that they experience on a daily basis to entertain their fans, maintain their artistic integrity, and remain on top. Smosh was brought in for the episode of Ear Biscuits after they had filmed the Artists vs. Turtles episode for Epic Rap Battles of History.

Rhett and Link appeared on an episode of Smosh Games' show Rage Bonus. They played Nintendo Ghost Stories with Smosh Games' Joven and Lasercorn. They're recount ghost stories and chasing woodland creatures. All they're missing is a good campfire and s' mores.

Rhett McLaughlin appeared in episode seven of Smosh's series Just Shut Up! on their channel Shut Up! Cartoons. Rhett and the host discuss different things about travel, races, and other random topics. The segment begins at 3:18 in the video.

Link Neal appeared in episode four of Smosh's series Just Shut Up! on their channel Shut Up! Cartoons. He has an interview with the show's host, in which they discuss the host's cold and ways to help it. The segment begins at 3:32 in the video.

Ian and Anthony from Smosh headed up a team for Supernote 2010, which Rhett and Link host biennially. Team Smosh earned tenth place in the competition, with 333 members participating and an overall Supernote length of 7,997.9 seconds. 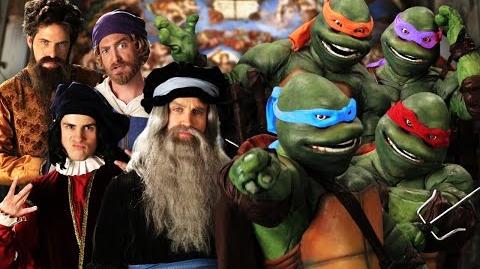 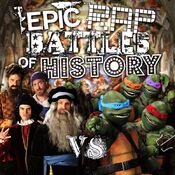 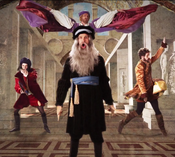 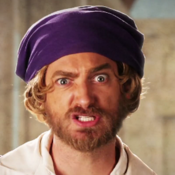 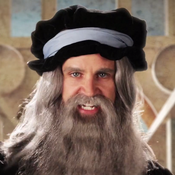 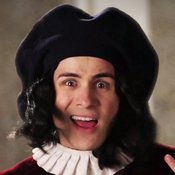 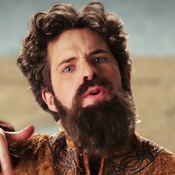 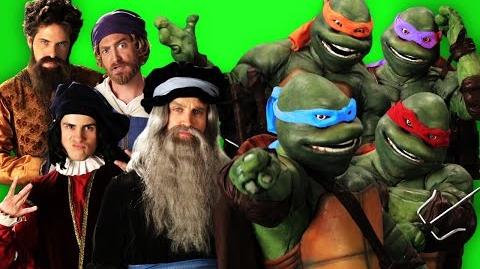 Artists vs Turtles. Behind the Scenes of Epic Rap Battles of History.
Add a photo to this gallery
Retrieved from "https://rhettandlink.fandom.com/wiki/Smosh?oldid=11182"
Community content is available under CC-BY-SA unless otherwise noted.