Lia Marie Johnson is an American actress and musician. She appeared in Rhett and Link's music video Get Off The Phone.

Lia is most well known for her appearances in Nickelodeon's AwesomenessTV, as well as the Fine Bros' YouTube shows Teen React, and formerly, Kids React.

She also bears a resemblance to Miley Cyrus/Hannah Montana and was spoofed by Pinkie Pie's human counterpart in My Little Pony: Equestria Girls. 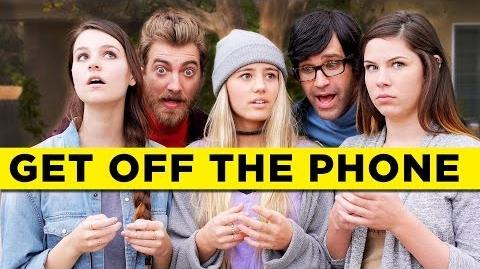 Get Off The Phone Song
Add a photo to this gallery
Retrieved from "https://rhettandlink.fandom.com/wiki/Lia_Marie_Johnson?oldid=9357"
Community content is available under CC-BY-SA unless otherwise noted.