I am a Thoughtful Guy 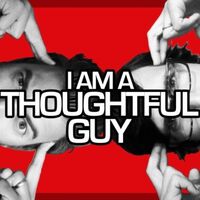 I think about a lot of things.

I think about space and the vastness of it.

I think about cake and how much I love it.

I think about if Wal-Mart is good or evil.

I think tattoos are cool on other people.

I think about the unexplored depths of the ocean.

I think about the difference in ointment and lotion.

I think about if I should wax my back.

I think a handful of nuts is healthy snack.

Right now, I'm thinking about the millions of microorganisms living all over my body.  It's like I'm a mothership. A 100% male mothership.

I think about how I could get on the local news;

If I strolled into a McDonalds and stripped down nude.

I think about a hotdog, while I'm eating it;

But then I pause 'cause I'm thinking about its ingredients.

I think about the first guy who ever shaved.

And how many times did he shave before the second guy caved?

I think about if a friend was choking on ice;

"Just be patient" would the best advice.

I think about that moment when I'm drifting off to sleep;

And then my body jerks like I'm falling suddenly.

I wonder if that's a defense mechanism for something;

Like for when you're sleeping on a cliff or just top-bunking.

Sometimes I think how old guys like to whittle;

And how if I start now and just whittle a little;

My whittling skills will hone before I get old;

And I'll pwn all my friends at the retirement home.

I think of all the places that a penny has been;

Like, seriously, think of all the places that a penny's been in.

It coulda been in the pocket of the President's suit;

But it's probably also been in some toddler's poop;

'Cause little kids eat pennies like they're Flintstone Vitamins;

Accruing no interest while traveling inside of 'em.

But I'd rather not pay with a penny that's performed a colonoscopy.

I think that our universe is really one of many;

With many parallel me's;

Yet, at the same time, done slightly differently.

Right now, they could be;

thinking this same thought as me.

Well, a similar thought but not the same thought exactly. That's pretty deep.

Right now, I'm thinkin about the people who invented words;

Did they just look at stuff and say the first thing that came to their minds?

And if so, how do you explain dufflebag?

I think, how do I know that you and me;

See the same colors the same way when you and me see.

Is my red blue for you, or my green your green too?

Could it be true we see differing hues?

And say we do, then how would we discover this fact?

And even if we did, would there even be any impact?

I don't think this would affect us personally;

But I think it would have ripple effects through the interior design industry.

I think about if I was turned into an ant;

I'd want my loved ones to know, so I thought of a plan.

I'd gather twigs and leaves and write my name on the ground;

Then I'd wait for my family and friends to crowd around.

But now I'm thinkin', that when they saw it;

They'd think the human me wrote it and an ant was crawlin' on it;

In a strange twist of fate I think they'd probably kill me.

Right now, I'm thinking about what if I was abducted by aliens while I had a really bad farmer's tan.

The aliens might incorrectly conclude that our species was two-toned. That's exactly what I thought.

And then somehow, through this error, my tan lines saved the human race. I like that thought.

Yeah I think alotta thoughts like this.  Me too. 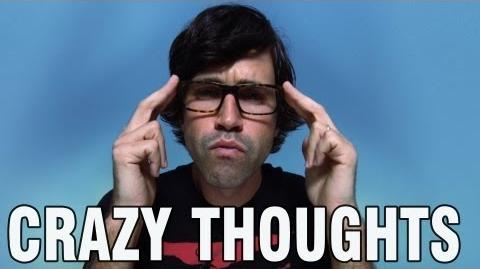 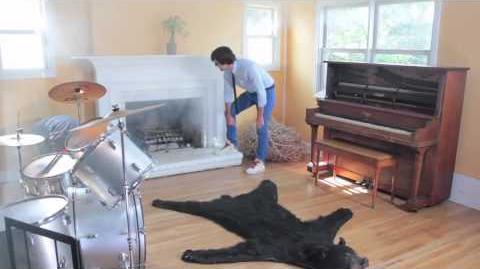 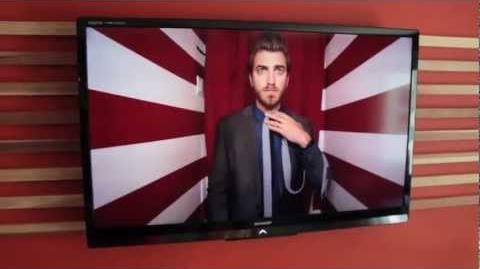 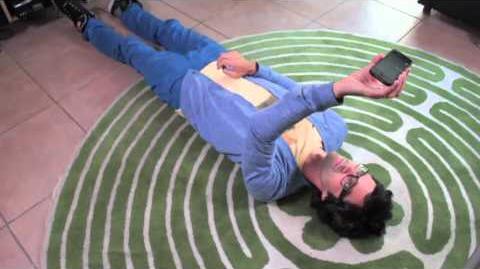 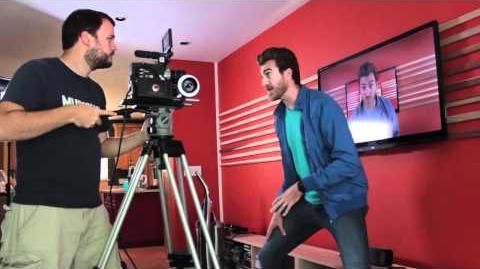 Retrieved from "https://rhettandlink.fandom.com/wiki/I_am_a_Thoughtful_Guy?oldid=11342"
Community content is available under CC-BY-SA unless otherwise noted.