Get Off The Phone 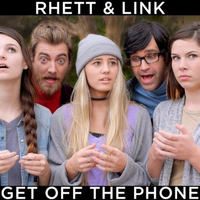 Get Off The Phone is a song about how people are too distracted on their phones and should stop using them. It was created as part of Buick's #InTheMoment campaign. It has a similar message to the song/rap battle "I'm A Textpert".

Here we have a man,

His apple pie, a la mode.

While he fumbles through the filters,

His ice cream has gotten "a la hot",

As you can see,

This street performer's drawn a crowd,

To watch him do his thing.

But instead of just enjoying the show,

It seems that everyone's decided,

To make a documentary.

Social networking instead of working,

On getting to know each other better.

How does that filtered picture taste,

Since your dessert has gone to waste?

When do you think you ever will

You know you want to touch each other.

Does that feel good?

Get off the phone now!

It's gonna be okay.

There's no need to be afraid.

It doesn't love you,

It's gonna die one day.

The government is probably spying on you with it anyway.

Here we have a stereotypical teen,

Is celebrating being the center of the universe for one year.

But "The World's Greatest Dad",

Is more worried about 'Facebooking' it,

Then actually being here.

Let's listen in and see if we can get some context.

He has the nerve to make a phone call,

At such a pivotal moment in his friend's life.

How could you be so disengaged,

While precious memories are being made?

Do you really think your friends need,

Another baby picture in their feed?

Don't be such a self-centered guy.

Get off the phone now!

It's gonna be okay.

There's no need to be afraid.

(Get off the phone now!) It doesn't love you,

It's gonna die one day.

(Get off the phone now!) It's gonna be okay. 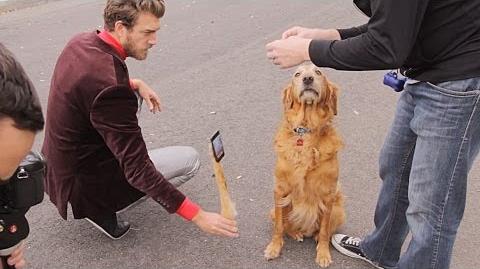 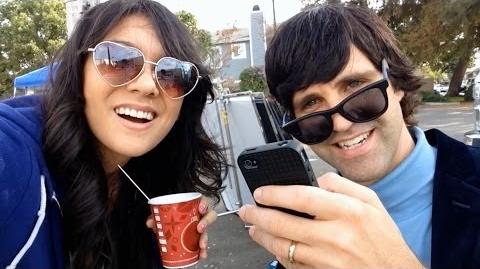 Get off the phone. - Rhett and Link, JacksFilms, TipsyBartender
Behind the Scenes - Nikki Limo's Channel
Add a photo to this gallery

Retrieved from "https://rhettandlink.fandom.com/wiki/Get_Off_The_Phone?oldid=11316"
Community content is available under CC-BY-SA unless otherwise noted.