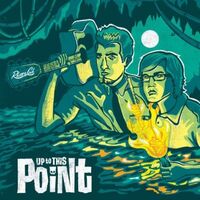 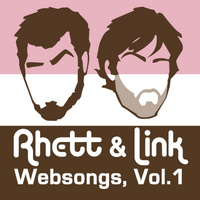 Facebook Song, also known as The Facebook Song, is a song about two characters that have become obsessed with Facebook. The song has said to be what made Rhett and Link famous in the first place, still being Rhett and Link's most popular video with over 13 million views.

I wouldn't call myself a social butterfly;

And there's not much that separates me from the other guy;

But when I log in, I begin to live!

There's an online world where I am king;

With pictures of me and a list of my friends;

And an unofficial list of the group that I'm in.

Before the internet, friendship was so tough;

You actually had to be in people's presence and stuff.

Who would have thought that with a point and a click;

I would know that Hope Floats is your favorite flick? (Harry Connick, Jr.?)

I used to meet girls hanging out at the mall;

But now I just wait for them to write on my wall.

Take a look (You're hooked) on Facebook! (Hey, it says Link's status is changed, he's playing the recorder. Hmmm.)

How do you know this person?

Did you hook up with this person?

Do you need to request confirmation?

Or did you just think they looked cute;

If the internet crashed all across the land;

I'd carry around a picture of my face;

And a summary of me typed out on a page.

I'd shrivel up and die without my many feeds.

Retrieved from "https://rhettandlink.fandom.com/wiki/Facebook_Song?oldid=11719"
Community content is available under CC-BY-SA unless otherwise noted.