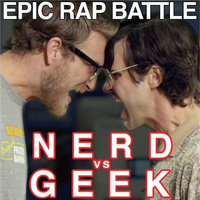 *NOTE: Lyrics in italics are sung in Elvish, from Lord of the Rings

Geek: What do you think you're doing nerd!

Nerd: Did you just call me a nerd, geek?

Nerd: Yes, I am a nerd; bookworm, I'm studious,

From my cerebral cortex, to my gluteus.

Back in kindergarten I aced my college entrance exam.

Now, I'm no rocket scientist. Oh wait, I am.

When I pour my Alpha-bits, I get nothing but straight A's.

My retainer and headgear connect to a back brace.

I broke my glasses on purpose, so I could tape 'em together.

Run back to Reddit and type stuff no one will see.

You're a geek. That means you're just a hipster wannabe.

Geek: That's right I'm a geek. I've got brains and a personality.

I wear my glasses sincerely and my T-shirts ironically.

There're some things you can't learn in a class.

I was the cool form of uncool before uncool became a thing.

I use an app to pair pork with the perfect Bordeaux.

Too bad there's no app to neutralize your B.O.

While you're lost in Second Life letting your fingernails grow long,

I'll be syncing up my iPhone, tablet, TV, and your mom.

NERD: Sure, grooming's not my thing but I don't care.

I look so good in chain mail that it's not Renaissance Faire.

I'd rather cosplay with hotties then play fake army.

I tried Dungeons and Dragons once and I died of boredom.

Mario Party's the only one you get invited to.

Your life is like Skyrim, an endless quest of solitude.

You're not a gamer 'cause you battle your friends with words.

Do you really need a "genius" to teach you Garage Band?

GEEK: I landed the first ROFLCOPTER,

And took in orphans when I was 12, 'cause I'm an early adopter.

I can wear Google Glass without looking like a dweeb,

Ok, maybe not, but I can Yelp us some good pho to eat.

NERD: You need 16 gigs of RAM to watch a Steve Jobs doc?

I keep an actual ram in my PC. His name is Spock.

GEEK: I'm a new console, your face is birth control.

I troll brony sites, you look like an actual troll.

Can your iPhone autocorrect your dumb haircut?

GEEK: Hold on a second, let me tweet this infographic I made,

That illustrates the fact you'll never get to procreate.

I just haven't met a woman of a high enough caliber.

The only dates you have are on your G-G-Google Calendar.

GEEK: You're losing this battle, your foam sword won't help.

In the future, you'll randomly access this memory and crap yourself.

NERD: Did I mention I built a dancing robot?

No one gives a Shatner about your skinny jeans.

Do you even know what URL means?

GEEK: You don't know what you're Tolkien about.

Much wind pours from your mouth, you cowardly dog.

You are ugly and your mother dresses you.

NERD AND GEEK: You know, 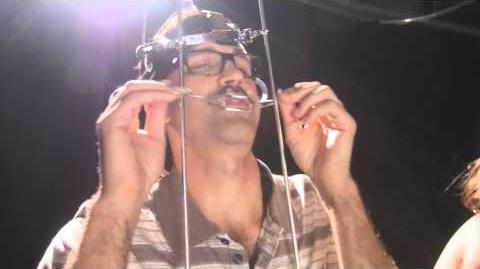 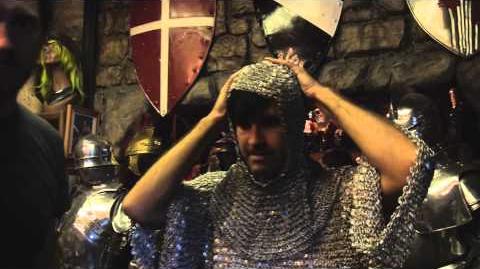 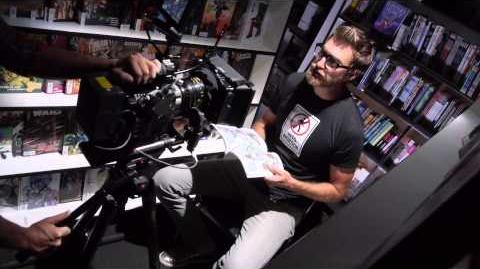 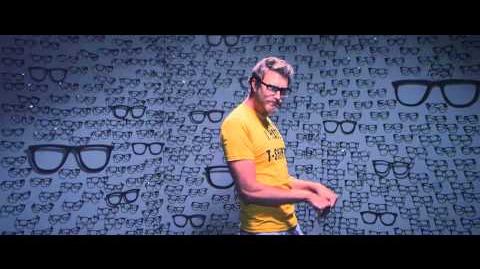 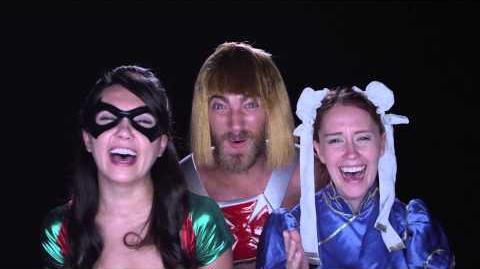 Retrieved from "https://rhettandlink.fandom.com/wiki/Epic_Rap_Battle:_Nerd_vs._Geek?oldid=11341"
Community content is available under CC-BY-SA unless otherwise noted.